The Thrills, Kaboo, Guts, and Rizk Casino brands will now move into the Betsson Group holdings

The initial consideration of the acquisition is EUR 22.3 million, which corresponds to 2.9 times EBIT in 2019. As part of the acquisition, Betsson has entered into a platform service agreement with GiG for a minimum of two and a half years to host the acquired brands on the GiG B2B platform.

Betsson will pay a fee based on revenues under the platform service agreement. During the first two years the platform fee will include a premium fee estimated to EUR 15 million (of which EUR 8.7 million will be pre-paid at completion).

The combination of the initial consideration and the estimated premium fee constitutes the total purchase price for the acquired business.

The said brands will still operate under the ownership of Betsson, albeit through the GiG platform, for at least the first 30 months after the deal is finalized. The initial two-year period will see Betsson pay a premium platform fee to GiG, depending on the net gaming revenue generated.

It is estimated that the total value of the acquisition could rise to about €50m ($54.2m) when all things are considered.

The deal between GiG and Betsson is expected to come to a close by April 2020. This will allow time for the relevant merger and gambling authorities to conduct their due diligence.

About The Betsson group

The Betsson group runs under multiple brands, including Betsson, Betsafe, Nordicbet and Casinoeuro. The brands are operated on a proprietary platform, which is the core of the offer and the customer experience. 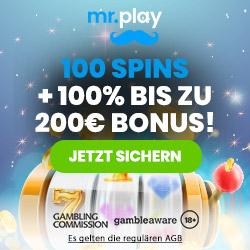